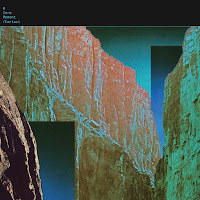 Part of a string of albums Ive discovered recently, the duo "Contact" are part of the electronic music scene in Pittsburgh Pennsylvania and on first listen you may not even be thinking "electronic music". Contact's sound and style is deeply rooted in Progressive Rock, specifically the likes of Sky and ELP. These bands made heavy use of organs and synths at the time and now in 2016 that's been revisited with modern electronic sounds while stripping back the Rock element. Essentially its progressive synth, the same sort of melodies and spirit but with the guitars as an occasional low hum in the mix which in this day and age brings a refreshing clarity to the styles of old.

After many listens I feel almost the same as my initial impression. This is so in tune with the prog sound that nothing was surprising, challenging or out of the ordinary. It felt more so like deja vu, as if you could hear the next note of every lead before it arrived. With pulsating buzz saws and soft marching baselines the atmosphere is set with steady rocking drum beats to let a lead or two dance in the spotlight, creating the theme and direction for the track. At times its almost cheesy, sounding like the theme song to an 80s cop drama but always too classy, its just a familiarity. Most of the songs build up slowly, generally introducing the instruments and letting the mood simmer before it finds its way to the main melody.

The opening two tracks are the best and as both reach their climax in the closing stages. I always felt as if the stage had been set for an epic to unravel but in a few bars the instruments drop out. I'm Probably to used to epic ten minutes plus songs. The rest of the song don't quite get back on the same level, exploring darker moods or more ambient tones, a couple of tracks feeling like they brush shoulders with VGM soundtracks. Its a great sounding record, an old musical style polished and revamped with modern instruments. I have to say thought the promise of the opening two tracks leaves the rest of the album feeling slightly disappointing in its shadow. It stirs up the atmosphere and emotion then drifts into a calmer setting. Either way its a very enjoyable instrumental record.