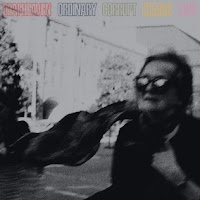 California Black Metal outfit Deafheaven, often a target of controversy among purists, return with their fourth full length record and with it they take a step further away from their roots. On my third listen I found a strong distaste for the musics construct as the album revealed itself. It was rather odd to suddenly dislike what had initially been enjoyed but now that Ive grown to really get where this record is coming from, it all makes perfect sense.

Ordinary Corrupt Human Love is barely a Black Metal record in any musical sense and yet it clings to the raspy screams and shrill aesthetics of the sound with clutching hands. It holds back the music, the notation, mood and melody, the emotions they invoke simply don't stem from darkness. One can hear flavors of Ethereal, Dream Pop, even Grunge and some strong Pink Floyd influences in their "blackgaze" which is essentially disconnecting from the darker aspects.

The opening You Without End ushers in a stunning piano sequence and spoken word phase to evoke a peaceful, serine setting. In rumbles shrill screams distortion guitar leads, forcing their way into the music and unsettling the spell. To use a word like contrast or juxtapose would be complimentary, these are in a state of conflict, opposing moods that wont meet. The transitions, the sways between ends are without an organic flow that was once the magic itself.

In all fairness the record has some moments where they gel but its a case of brief encounters. The bulk of the music composed has obvious draws from a range of non Metal influences. Canary Yellow is a song that has to constantly battle this opposition out as gleams of light and uplift are inflected through the barrage of drumming, distortion guitars and howling screams that dispel the songs actual charm. It becomes a constant ache in the side as the serene and Ethereal guitar work is burred by this constant reach for extremity that's unwarranted.

Near and Night People, the shortest songs, get to flourish in the lack of this burden. Chelsea Wolfe features to transform the music with her presence on the latter. Her voice so distinct she always makes a song sound like her own. There is a lot of fantastic music on this record, I just struggle to enjoy it as the shrill Black Metal inflections constantly disrupt the mood of the music. It feels unnecessary at this point, a hangover, perhaps part of their sound that needs evolution rather than holding on to.