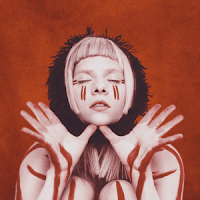 Now on my fourth Aurora record, either the familiarity is diminishing her charm or something is off. I think it may be the latter. Baring little overt relation to Step 1 other than aesthetics, this full length follow up to the EP just doesn't illuminate the stunning charm of her singing in the same way. Firstly the tone seems to of shifted. The River kicks the record off with bright, punchy, jovial synths that expand and contract, flowing with glossy melodies that shuffle along the strong Electropop vibe. Its a step away from the subtitles of the past and Aurora's voice just feels crowded in these moments.

The album grows with a range of song temperaments, some quieter than others and her voice is given plenty of focus to shine but it doesn't come together with the same magic. The instrumentals seem too energized, overplaying their role. Her range continually goes towards its strongest, lacking a vulnerability and sensitivity that previously blossomed into the moving moments. The cultural Nordic echos feel distant too and many of her vocal constructs we might refer to as the hook just don't land with the same engrossing nature. There is variety and creativity, just not at that level again.

It might seem like I am splitting hairs but its a knifes edge this style is balanced on. Going back to any of the past records I get all the feels but from this one? Not so much. Dwelling on the differences can easily overshadow what a great record this is though. Its delightfully easy on the ears and engrossing with its swells of colorful electronics and tribal percussion. Her voice is still a delight and the songs are warming to the soul but that soaring above and beyond isn't present, leading me to mostly focus on that as the record is clearly a step back. I am hoping she can steer things in a challenging direction moving forward as this one was a little to routine. 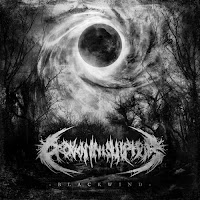 Its time to throw myself back to my youth and enjoy some Deathcore! Blastbeats, slams and ludicrous gutturals here we come! Browsing Youtube's endless music videos, the song Blackwind caught my attention, purely for being comically fun and brutal with its stomping onslaught of metallic noise and guitar abuse. The song however has legs and so do the other five tracks that accompany it on this new EP, the groups second. Having had a glimpse over their older releases, it seems the Italian band has stepped up their game after a three year silence from their last single.

Their production has scaled too, despite being unsigned the band have put together a competent sound that doesn't feel flimsy or tacky as some of these kinds of records can do. Instead its the perfect podium for Deathcore aesthetics with its crunchy stomping guitars, regularly delivering textural low notes for the breakdowns. The vocals are meaty, a constant barrage of flat throaty growls, shrill pig squeals and general ridiculousness that hovers above all else. It could be a turn off for most but fits in well given the context. The drums deliver battering barrages of groove, culminating nicely with the guitars that border Djent and yet still find a little flash of color in places.

The songwriting is where Drown In Sulphur may stand apart from others. Its no mastery or revelation but they bring more excitement and freshness with a slight deviance from the norms, never settling on the bog standard approach. It gives almost everything a fraction of spice that occasionally blossoms into a fiery whirl of energy as the constant rolling over of riffs finds a peak in the wandering arrangements. Its free structural form plays big into their hands as repetition could of grinded this record to a halt. Fortunately the balance is fair. After many listens I'm still getting a kick.

Blackwind's best parts tend to be the big concluding riffs towards the end of a track however on a number like Serpenthyne a little bit of Iwrestledabearonce alike mania on the fretwork goes down a treat and so does the reverberated acoustic interlude Sulphur. Essentially, where they deviate most from the basic formula of the genre they succeed and with such a variety driven approach their writing pays off! Nuclear Dawn however fumbles through monochromatic riffs and a mid-track drop of intensity as sections don't quite link. Although I am pretty much done with this type of music, its good to keep an eye out and maybe this band is one to follow in the near future! 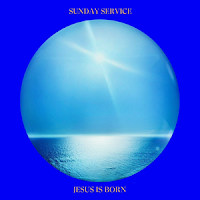 Released on Christmas day, news of this record was quite the surprise! Having enjoyed Kanye's Jesus Is King record and his collaboration with Sunday Service Choir, I was hoping to hear more of these voices and my prayers were answered! In the context of a dialed down Hip Hop record mixing in elements of Gospel they were exciting and enthralling in their peaks. As a solo project spanning a whopping eighty three minutes across nineteen tracks, it fails to spark the same invigoration.

One of Kanye's marks as a producer is his work with voices, voicing and tonal manipulation. Unfortunately that magic doesn't come to fruition within the confines of Gospel music. The voices stick to purity of the choir which are beautiful and a pleasure to enjoy in their own right but with little extra spice in the mix this quickly becomes monotonous in the reality of this not being quite my cup of tea. I love the soulful singing, uplifting energy and jollity of the affair but it does become tiresome.

As an agnostic the lyrics quickly become repetitive and disengaging. Words of praise and salvation are spun over again,shuffling the same ideas in different variations of words, which fail to appeal to someone not seeking a religious experience. With little to enjoy there, the opening songs are a struggle as subtle organs, pianos and claps give all the attention to the voices which hit their most strident, powerful and in peaks even harshest tones. The union of voices is a force pushed to some extremes even a bit much for this supposed metal head and lover of extreme music.

Once past that ambitious opening, the album drifts into an enjoyable mood as things pivot. The voices feel looser, drums and other instrumentation join in as the session starts to feel more like a jam. Hints of R&B, Soul, even Funk with a little touch of groove liven up the mood and keep the pacing interesting. It isn't however a saving grace for me, the record was fun to dive into into and as much as I appreciate the stunning singing it falls short of substance to engage me as a musical record. Perhaps to someone more versed and enthusiastic about this music it may of been something. 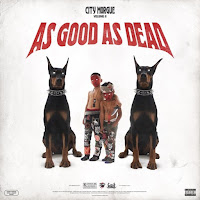 Following up on last years Hell Or Highwater, the young duo ZillaKami and Sosmula are at it again fronting another arsenal of overtly aggressive songs to grab your attention. Vaguely known Trap Metal, the duo represent a strain of modern Rap so harsh and aggressive it picks up the metallic nod. They actually deploy distortion guitars on a couple of tracks but the main ploy is dark and sinister sampling amplified by harsh, snappy drum grooves and over the top vocals. The pair spit their rhymes with ferocious energy, many words bordering a shout in its aggression. Unsurprisingly the lyrical content is mean and murderous but ultimately hollow.

Although the theming is of my flavor, the music lacks depth and songwriting is routine. Most the tracks aim to deploy throat grabbing lyrics for a harsh hook, often over played. The two exchange threatening verses that mostly revolve around excessive violence, gang life and boisterous show boating. It quickly turns dull as the continual aggression becomes monotone. I found my attention mostly picking up on what became annoying, like the "woah woah woah woah" hook on the track Woah. Its monotonous, repetitive and just doesn't add much to the song.

The instrumentals behind them are also a bit routine, only a few beats stand out in the slew of songs. Initially most are impressive as they reach to a particularly gritty nastiness however they are often very repetitive with the short loop filling up these mostly short songs. One notable thing that does occur is a handful of songs leaning into Emo Rap territory. Moody guitars drop in and the lyrics pivot to dreary self reflection and depressive outlooks. Very akin to Lil Peep but nowhere near his level of charm. Overall a disappointing follow up with not much to take away from. 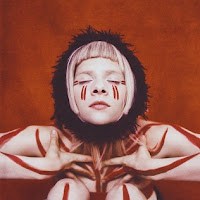 The two steps of Infections Of A Different Kind starts with this eight track EP, to be followed up by a full length album, the second part. Conceptually it feels like another collection of songs with perhaps a lusher production and temperament than its preceding All My Demons Greeting Me As A Friend. Maybe the album will expand on these halves. On its own Step 1 is simply another gorgeous illumination of Aurora's dazzling voice. Its instrumental's feel a step more ambitious as subtlety is traded for bright and bold surges of complexity. Pianos, drums, layers of synth elevate from atmosphere brooding beginnings into ravishing swells of color and harmony. The tribal percussive undercurrent always drives the music forward and the whole thing plays like a temple of worship to her voice, soaring above all like a beam of light.

It starts with a bang, a couple of lively tracks driven punchy drumming, then through its trajectory grows increasingly soothing and calmer in nature. The songwriting is just wonderful, seemingly simple but beautifully arranged and quite often experimenting with Aurora's presence and form. For example, It Happened Quiet is a unique track in comparison as male voices are brought in for Gregorian alike chants. Most the other songs just find interesting ways to layer her voice, playing with reverbs and harmonization but through it all tugging at heart strings and creating ear worms with her infectious lyrical lines resonating from a gorgeous voicing. Its really moving in its best moments, loving everything about her music right now and eager for more!