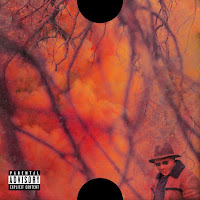 The "Black Face LP" is American rapper Schoolboy Q's forth full length and an ambitious one. Dark, mean and uncompromising Q brings a large group of producers together for a seventy two minute ride. Despite many banging beats, sharp production and musical creativity the albums stretch strolls through some weak points in the start and end. Between the psychedelic, laid back "Kno Ya Wrong" and the catchy, ghetto whistles of "Neva Change" a string of eight songs illuminate with strong verses, brilliant hooks and fleshed out production. Either side of these tracks things aren't as focused. The opening "TorcH" starts with a myriad of Q's voices over a warm bass guitar, with "Blank Face" the theme is returned to as if signaling the end of a lengthy listen. It winds down, fades out and is then followed by two more mediocre songs. Its nitpicking but as a whole these songs don't flow of one another well, the whole things feels a little disorganized.

The album gets rolling with two introductory tracks, slowly unfolding before Kanye West hops onto the albums first defining song "That Part". The mood is slow, dreary and gloomy. The hook plays over and over between broken down verses, Q stating his successes and the Independence of his "bitches". Then Kanye drops in with an unusual lively, contagious flow making timely use of his pitch and a squeaky "ugh" to add rhythmic gratification to his bizarre and unfocused verses. Its a big guest to have on and the song... Its memorable but maybe for just being different more so than banging. Another dark street song comes through "Groovy Tony" and another big name, Jadakiss, on the track. The song has a great break in the middle with violent vocal stabs and heightened drums, they transition into a powerful vocal moment before Q brings the track back.

And then a string of my favorite songs occur,  "Kno Ya Wrong" shifts through three organic, jazzy, psychedelic phases with a joyful sampling of Kool & The Gang's "Summer Madness". The constant tone shifting happens again as we dive into a ruthless gangster track with violent lyricism, dark groovy layered beats, machine hi hats and the sound of guns firing between the banging hook. Halfway through his verse Q hands the mic to Vince Staples who drops heavy verse that gets better with each line. Unsurprisingly we sway to a poppy, "accessible" tune with light trance synths and a sing along "dollar dollar be-als" hook, lots of great singing on this track.

"Dope Dealer" gets dark, really dark as Q paints an ugly picture of the gritty life doing the illegal to survive. The drums really bring the spacious, paranoid instrumental to life and its another killer hook. "John Muir" might be my favorite, something about this flow and beat reminds me of the 90s. "Big Body" jumps in as the albums romp track with the tightest beat, thudding bass pedals, slick claps and a melodic bell instead of hi-hats. Its crowned by a timely roll of hard and swift sub kicks. Tha Dogg Pound, friends of Snoop Dogg, also make a great feature. "Neva Change" gets a little pop once again with a friendly instrumental and brilliant vocals in the chorus, topped of by a G-Funk ghetto whistle its another subtle banger. And that's where the magic ends for me. the album strolls out with what feels like a pre-outro, "Black Thoughts" are spoken thoughts over an experimental instrumental reminiscent of DJ Shadow.

Production wise its fleshed out with many ideas. A lot of songs come with breaks, big variations and an organic sense of instrumentation. The records flow though is all over the place with a handful of distinctively different styles not meshing together well. The features were brilliant and Q was on the mark with his fiery flow, his words had bite and wasn't short of creativity when writing hooks. Its interesting because even the weaker tracks had something to offer, but in the grand scheme of things it just doesn't play well between some tracks. Very ambitious but unfocused, more like a compilation than album.