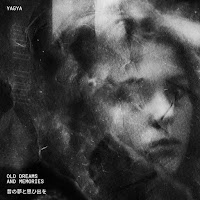 Given my utter disappointment with last years Stormur, I almost let this one pass me by but alas I had to find out if the Icelandic musician Yagya would kindle his particular breed of calming magic again. I'm please to report the answer is yes. It is a return to form but also no measure of anything unheard before. After much consumption, it essentially confines Old Dreams And Memories to the playlist along with his other works when seeking the relaxing mood of his soft and dreamy atmospheres.

Toying a little with tense strings on occasional tracks, the usual remedy of dub baselines resonating slow club grooves below cloudy synths gets a little flavor to define it. Many of the usual tones, synths and drum sounds in his pallet resurface alongside these Classical elements, bringing about a sorrowful and saddening tone to otherwise carefree and indulgent sound. Its rainy, glum, yet entrancing and beautiful as  sombre violins usher in a seriousness on its select tracks.

The voice of what I presume to be a Japanese woman crops up throughout the record. Her soft spoken word creates an intimate feeling of something serious. Given the nature of the music it has less of a manifestation into theme but adds a little mystery to the records vibe. All in all the new songs have provided the Yagya experience again but with nothing remarkable going on. As always this music is fresh on first listen but quickly its ambience and atmosphere confines it to the background.