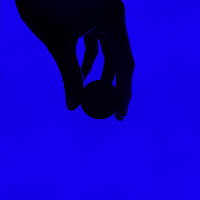 Having adored Grey Area, it is simply criminal that I had yet to dive into the young British rappers catalog of records. Her output is loaded with mixtapes and these mini "drop" EPs. This new release is obviously the sixth and its a blast! Five swift tracks roll past with keen lyrics and a sharp chemistry emphasizing the warm tones of the Boom bap era, its cultural origins in black music, all infused with a modern twist.

Simz kicks it off with a fantastic statement of intent. Her prowess on the mic with tight rhymes and an inspired flow is mesmerizing. Hailing respect back to Lauren Hill, she affirms herself as an artist comparable to the best around. Its in these moments and the likes of Venom that she certainly does however the nature of the format suggests its not all gold as the short tracks breeze by without reaching this peak again.

You Should Call Mum addresses the current pandemic with a level headed, insightful mind and food for thought. Another smart run of rhymes however the brief durations and feeling of them passing by suggest to me the format almost limits the potential. I might be too used to a few more minutes of indulgence but its as if these songs are underdeveloped. Her talent is undoubted but this release feels more like a teaser... I might be dwelling on this too much as I've had a blast with the beats and rhymes!