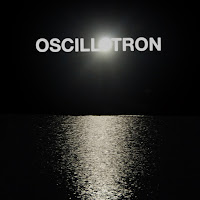 This record, Oscillotron's debut, is much like its successor, a synthesizer journey through the stars led by astral keys and stark minimalism, letting the waveform textures do the talking. Many of its songs mimic the same experience and feeling of observation, one has a sense of distance from events yet understands its magnitude as the record strolls through the cosmos. Overall its a little unpolished in comparison, fruity loop drum kits stick out to those who know them on "Oracle". The various synths achieve similar vibes but without as strong a chemistry to be truly engrossing like "Cataclysm" is.

These tones and key choices are a little louder, chirpier and focus less on subtlety and more so on the power of the alien melodies. There are moments where this clicks and the atmosphere is creaked further open. Mostly though the synths hammer away through spacey scales with a retro vibe similar to the early days of electronic music where it was more novelty. Its what makes the record different and that works well with a soft percussion track like at the later stage of "Assembly".

Another big similarity is the track "Terror", a slow and brooding song that builds up a menacing atmosphere of... you guessed it, terror! It progresses in a similar way to "Mutation" but doesn't find the same climax, it tends to fizzle out after a flat snare drum comes in. The watery sounds in the intro of "Eclipse" give a sense of confinement, as if in an underground cavern filled with water. The eerie background synth builds a sense of tension and the upfront buzz saws play out like a mischievous monster. Glitchy computer noises arise too and it gives off a confined vibe which was a nice shift from the otherwise distant nature. Its both a similar and different record but musically its aiming in the same direction but not pulling it off with the finesse its successor does.