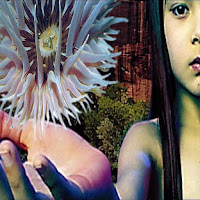 Sent to me from a twitter follower I fired up this record on youtube and ever so swiftly did this one reveal its brilliance. As on the first listen and many follow ups I was captivated by such an organic and spiritual musical experience. "Lifeforms" is a gem, a strange oddity of experimentation that abstracts the norm and unites the beyond with the now as if on a psychedelic drug trip, reaching into the limits of the mind. Perhaps its not totally "out there", or anything to blow your mind but given the context of 1994 this record is well ahead of its time, mixing all sorts of sounds into a fluid unravel of imaginative beauty for your soul to explore.

This is one of those records to experience yourself. There are some steadier moments where chilled out, down tempo beats providing a familiar rhythmic setting to nod along to, however its charm lies in a continually evolving tapestry of unusual samples and wandering instruments that find a mesmerizing chemistry in unusual places. Even room for a lofty, dreamy sample of "Cannon In D Major" to drift into the subconscious. At 90 minutes it doesn't outstay its welcome, but continually finds new territory and sound to move through, it could of easily gone on for longer.

Almost every moment on this record is fantastic and there are two moments in particular I'm fond of. As one might guess there is black and harrowing track that delves into dark down tempo ambience with shadowy shimmering synths, cryptic distorted voices and rippling sirens in the distances. It evolves into a short lived steady beat that grooves with an evil menace. In contrast "Dead Skin Cells" brightens the mood with with unusual alien sounds juxtaposed against birds tweeting in the distance while a laid back beat drifts on by. Much of the record ebbs and flows at its own pace, through one oddity after another. A truly riveting experience, one I will continue to dive into as time goes by.