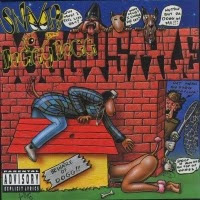 Known around the world as an icon of Hip Hop culture, Snoop Dogg's story both starts and ends with his debut record "Doggystyle", a Hip Hop classic that broke sales records and helped solidify the west coast's popularity with mainstream audiences. The records success is truly justified by its artistic content as Snoop drilled his persona, slick flow and boisterous G-Funk style home after creating a memorable debut on Dre's "The Chronic". Since the release of this record back in 93 Snoop has never artistically come close to the heights soared with his debut, but has remained ever present with a continual string of mediocre records, guest features and putting himself in the limelight through movies, advertisements and appearances on a frequent basis. He has kept his brand and image going all these years, and its off the back of a classic timeless record that never gets old.

When Snoop first gained exposure through his collaborations with Dre he instantly established his name through a unique style he would be strongly identified for. A slick, steady flow oozing with style and attitude, Snoop's laid back raps were delivered with memorable multisyllabic rhymes, often for the izzle and izzites as Snoop manipulated words with a brand of his own. It wasn't just the flow that was easy going, the straight forward use of language and to the point phrasing had listeners of a broader audience understanding. Snoop also had the light toned "sing raps" in the arsenal alongside a dynamic flow in which he could shift the pace effortless mid verse. The exaggerated gangster persona further solidified his appeal with violent, raunchy lifestyle tales of another culture, glorifying the extremes depicted in his lyrics. On paper it sounds unexpected, but thats what makes it work, glorified gangster lifestyle stories told through charming, slick and softly delivered raps with a mass appeal for counter culture.

As classic as Snoops flow is, the instrumentals on this record are an undeniable staple mark of its success, produced by Dre, Doggystyle represents a finely crafted set of G-Funk numbers that push the style and groove into a universally appealing territory as these layered tracks ease the listener into there charm, a subtler approach from the bombastic, upfront numbers on "The Chronic". Working with tight drum loops, the charm emanates from three instruments, firstly the grooving bass, rocking and swooning under the drums with power and substance. Secondly the anthemic ghetto whistles, blazing swirling melodies and lingering in the mix provide an array of memorable hooks and infectious tunes. Thirdly the pianos, used like a glue to hold the various elements together they rarely take the forefront but reside between the instruments, breathing warm melodics into the grooving sound. Beyond these three theres some fantastic use of electronics and a constant detailed layering of subtitles that can be heard, filling the spaces perfectly.

Its a Hip Hop classic, and a terrific record in general, but on a personal level I've always found this record to have an unusual uplifting vibe even when in the darker, gangster tracks the ghetto whistles, tight bass grooves and Snoops chilled out persona is a warming one. Tracks like "Gin And Juice", "Whats My Name" and "Doggy Dogg World" are all round fun tracks with a party vibe that still feels relevant today. Snoop put his mark on the world with this record, and it will be celebrated for a long time.