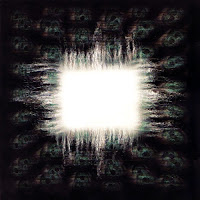 Three years on from their burly debut Undertow, American outfit Tool make dynamic strides forward. In scale, atmosphere and dynamism Ænima goes further inwards and beyond their horizons, helping us to all seventy eight minutes available to CD format of that time. These lengthy songs takes their time, meandering in a madness that lays beyond. After its first three songs, each track is broken up with some form of interlude, a few of which are rather fascinating. So far I have found Tool to be a strange band to decipher, its a slow process but that strangeness is now starting to seem like whats to be embraced. Its all so obvious now, as the analytic mind turn on, the signs light up.

More so than before do these songs unfold like abstract emotional journeys. Playing with loud-quiet dynamics, the group craft songs with a keen ear for atmospheres which can stir the mood and dip toes into psychedelic realms before they so often erupt with groove and aggression. Once again its Keenan's shouts and groans that seem to resonate most with these outbursts as his words reach their pinnacle at the crux of the musical momentum. It is perhaps the brittle and stale, buzzing guitar tone that withdraws what should be obvious. Riffs crafted with precision and cohesion that's just unlike other bands of the time... or anything Ive heard. They just have an edge in that department that feels blunted by a grisly and chromatic production style.

When the temperament is calmer, with an often unsettling demeanor, these guitar bends do resonate sweetly but that is just a personal preference. The drums play straight in heavy sections but conjure its share of atmosphere, guiding the direction exquisitely. Keenan gives a lot of emotional clout to the music, his frustrations and musings delineates much of the upheaval and unrest the compositions hold in their peering to the darkness that lurks in the shadows of every song. Even in its boldest of scenic passings does the mood not feel far from a strange madness, even the unleashing of roaring intensity does not go all the way in to that which stirs beyond.

This darkly bizarre side of this record lays itself bare on a handful of its many interlude tracks. Experiments in noise from the electric zaps and interstellar storms of Ions, to a babies needing cries, drowned out by alien buzzing and flickering voices on Cesaro Summability. Die Eier Von Satan stands stark apart from anything else at work as a commanding, domineering German voice recites a recipe for baking cookies as if at a Nuremberg rally. Its a fine piece of paranoid Martial Industial but feels more like a cheap trick more so than any true insight into historical prejudices, the song is of course fantastically string, as well as a haunting reminder of the perils of man.

The record comes to a close with a snippet of the then recently deceased Bill Hicks to tie noisy synth experiments into a lengthy epic closer of psychedelic exploration that ends with the alarming cries of "prying open my third eye" over and over. The bands ability to hold and progress a moment really shines and ends the record on one hell of a bang. I still feel like there is deeper to go with this record but I can firmly see the excellence and praise music fans heap on this band is showing. It will take longer for me but I am enjoying the process and eagerly awaiting Lateralus.