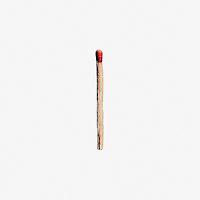 With a ten year absence, German Industrial Metal titans Rammstein return on strong footing with a solid, bold slice of what they are best known for. My personal enjoyment of this untitled, or self titled record, may have been swayed by their lack of existence in my musical rotation over the last decade or so. Its long since the days of youth, when albums Sehnsucht and Mutter where binged frequently. These new songs set a path that doesn't attempt to recreate any former glory but aligns all the components of their distinct, trademarked identity, executing it sweetly on a welcome return to stir all the emotions and sounds they mustered in the past, as well as new ones.

The classic fist pumping, leg pounding stomp personified by brutish front man Till Lindermann's live antics can be felt from start to end. A sweet and sharp, snappy and cushioned snare drum maligns the songs with that charging industrial pounding. The guitars drop in with meaty chugs of palm muting and power chords played with cold rhythmic precision. They are slightly shy in the mix, at times feeling like an undercurrent, rather than the main focus. A string of songs from Puppe to Weit Weg sees the guitars play a more complimentary roll with plenty of absence and other instruments taking control. It works, adds flavor to the flow and yields a fantastic performance from Lindermann on Puppe who delivers intense and snarly shouts with a snatch of venom. It leads into a passageway blackened by nothing other than howling tremolo Black Metal guitars.

To my ears the songs movements and shifts are pivoted on chord progressions from the guitar department but its the electronics that are given ample space to texture and tone these songs. Often with simple and minimal components do they muster a strong sense of atmosphere and color. Their roll is so dynamic and swift at times it can almost feel unnoticed given the big industrial drive from its meatier instruments. The balance and diversity of these dynamics is a highlight. So is the brilliantly triumphant and enigmatic opening track. The German tongue sounding militant and mighty although I have no clue whats really being said. I prefer to leave the lyrical element a mystery, the music is far more intriguing this way. Overall I'm not left with a lot to say, this is a competent Rammstein sounding like they have little difficulty finding inspiration nearing twenty five years on their very robust formulae. It stands up well and has me excited to see them live again!