As I write this now I realize the second day of music has just begun and Ive got to admit I'm both gutted to be missing more music and a little relived to have the comforts of my home. This year I decided to go alone just for the Friday to catch the legendary SOAD who I'm yet to see live. It wasn't my favorite day of the lineup but I needed to cross them off my list and it turned out there was actually a great lineup of acts to see.

She Must Burn
My plans to start with Northlane on the main stage were foiled by ques and so the day kicked off with a small crowd In the forth stage tent. The crowd lights were left on which seemed to make the band a little tense in front of such a small turnout however they rocked hard for those of us who dropped by. Their blend of Deathcore and Symphonic Black Metal was right up my ally and I thoroughly enjoyed every second of their set. Will be picking up their debut EP for sure!

Holding Absence
Following them on the same stage, a young, energetic and thirsty band from Cardiff with a talented front man brought a sizeable amount of fans to fill the tent. Mixing ethereal shoegazing guitars with Deftones inspired metallic tones would of made for an indulgent experience however technical issues rendered the distortion guitars inaudible and unfortunately left a lively, enthusiastic performance a little on its heels, no fault of the band of course. 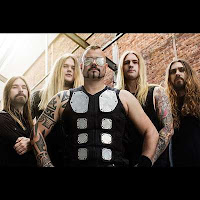 Sabaton
Grabbing a bite to eat and catching Sabaton from a distance grew my appreciation for the war themed metallers. Their stage theatrics and a tank on stage for the drummer to play from made for a great live show that was sure to win them over more fans. 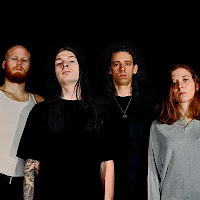 Code Orange
I may of missed a song or two from this four piece, super heavy Hardcore group. The third stage had moved location from last year and in the rush to find it I didn't get a great spot in the crowd but could enjoy the most wildly energetic and brutal performance of the day. Took me a while to realize all four were trading vocal duties in the absence of a visible front man. They commanded the stage with a ton of movement as they pummeled us with their Post-Deathcore brutality. 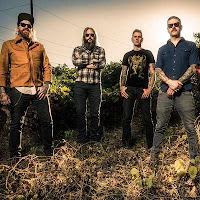 Mastodon
I was keen to catch Mastodon who Ive seen quite a few times before. I thoroughly enjoyed their Emperor Of Sand record this year but live it didn't resonate the same way. The crowd didn't seem all that into it and the lack of movement on stage had it feeling a little subdued and routine. 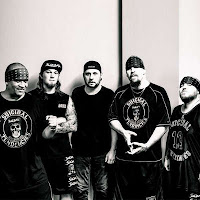 Suicidal Tendencies
Teaming up with the legendary Dave Lombardo, formally of Slayer, these veterans put on yet another cracking show. Their new song Clap Like Ozzy sounded fantastic live and an army of enthusiastic fans ensured it would be a memorable show with mosh pits and plenty of noise. 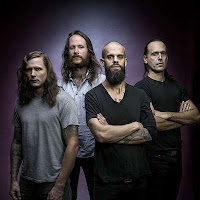 Baroness
The Grammy nominated outfit, for their "Purple" record, had the most surprising show of all, a small turnout on a big performance slot had me walking all the way to the very front center of the crowd. The group rocked their songs flawlessly and really gave a stellar, inspired performance that sounded sublime. As the set drew on they had the small turnout of fans screaming and cheering their lungs out in appreciation of such an indulgent rocking performance. Almost the days best. 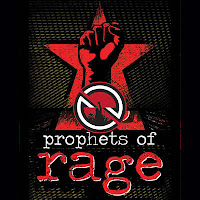 Prophets Of Rage
The days best show goes to the super group of Tom Morello, Chuck D, and B-Real. Essentially Rage Against The Machine with Zach replaced by the Public Enemy and Cypress Hill front men. Their couldn't be a voice more iconic than Chuck D's to replace him and with one of the best rappers alive alongside him the slew of RATM songs had a real kick about them. A few covers and the groups own tracks spiced up the show which commanded the crowd to move from the main stage. 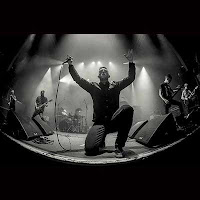 Krokodil
Ive caught them a few times before and not looking for a front crowd spot for SOAD I decided to watch this brutal outfit command a punishing show on the forth stage. They were tight, lean and on point, rocking a handful of songs in their distinct style of heavy. 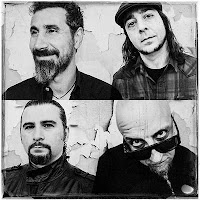 System Of A Down
Watching videos of them play recently on youtube had really wound down my hype for seeing one of Metal's biggest names. Over ten years since they last wrote new material, System have managed to keep their massive fan base together landing them a headline spot. It was a great show but purely on the merit of hearing so many songs of my youth live for the first time. It was a passable performance, their bassist brought movement and energy to the stage but Serj and Daron stood static like ghosts with a lack of enthusiasm in their facial expression and body language. Serj commented on the condition of his voice has he struggled to sing, finish sentences and replacing his thick, dense scream with quirky voices. It was a tough show for them and really made me feel like their moment as a band has passed. I enjoyed hearing their arsenal of classic songs but Its not something Id seek out again until they sort out their stage presences which was underwhelming.

A fantastic day out. Dead tempted to grab a Sunday ticket and drive back to Donnington but alas I must resume with my day to day.
Email ThisBlogThis!Share to TwitterShare to FacebookShare to Pinterest
Labels: Baroness, Code Orange, Holding Absence, Krokodil, Mastodon, Prophets Of Rage, Sabaton, She Must Burn, Suicidal Tendencies, System Of A Down
Newer Post Older Post Home