Going for both Saturday and Sunday this year I had some miraculous fortune being in the right places at the right time to miss out on the rain. There was no avoiding the mud though! Not a lick of grass insight, the arena was a mud bath but I got through it and had a fantastic time. Once again the festival delivers on a magic I manage to convince myself is going to run out as the years roll and this year was no exception, the headliners really delivered something special. This year I thought I'd right about the highlights, good and bad, despite catching many more acts over the two days! 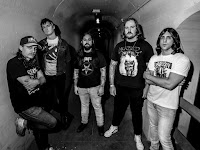 Power Trip
I saw this band not so long ago opening for Napalm Death in a small club and they blew me away with their 80s Slayer-alike Thrash Metal. It was great to know they could grab the attention of the festival organizers but a main stage slot was unexpected however given what a mighty show they put on it is no surprise. There strong songwriting for a tried and tested formula really matched the crowd and the probably won over a lot of new fans with an explosive show! 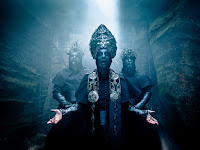 Behemoth
It was my first time catching the Devilish legends Behemoth, their music was a strange translation to summer sunny skies on the main stage but impressive costume design and stage makeup made it work. The performance was engaging and tearing through some strong at utterly dark songs they really made quite the impression as a band I need to get more familiar with! 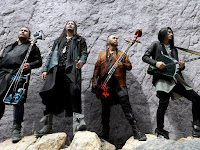 The Hu
There was no way I was missing the opertunity to see a Mongolian Metal band! Squeezing into a rammed tent the crowd was electrified to see a really unique and almost drone like vibe emerge from the fusion of Metal and native Mongolian instruments. It went by in a flash! I had checked them out before but this live show really helped bridge a gap in their music. 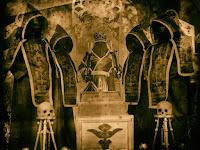 Batushka
Making their way onto my highlights list for all the wrong reasons. Russian Orthodoxy inspired Batushka had me dead excited for their notorious live show, however taking an age to to set up an elaborate stage of era furnishings and ornaments, their slow arrival to the stage became a drag. Going through some sort of slow candle lighting ceremony they took far to long, overplayed their set time and took more than five minutes between the three songs they churned though doing dull rituals of candle lighting and blessing books. It was a sham and they angered a lot of fans with the poor execution of their show. It did not translate to festival restraints. 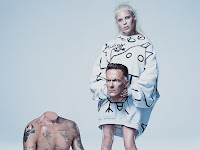 Die Antwood
Hear the booming bass from the Tent where Batushka were dampening spirits I was dead excited to catch the quirky South African Rave Rap duo! Unfortunately I only caught the trail end of their set however it was an absolute riot! The sound system was blaring and their energy on the stage was phenomenal. I couldn't help but move. Its really nice to have something break the flow of similar music being played around the festival. Would have loved to have seen more of it, shame about set overrun but these things happen. 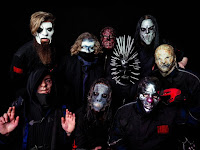 Slipknot
Prior to the show I had been feeling a little hesitant with Joey and now Fenn's departure. It was however a dynamite show from a band who seemed focused on giving us the absolute best. Corey Taylor was pitch perfect and ten years on from one of the greatest shows Id ever seen, the Knot proved they still have it! It was very emotional, strong memories of my social groups bonding over this band in our youth and that feeling of freedom when your inside the song, inside the moment, free of life's burdens. Only a few bands can do that and Slipknot is one of them, with deep cuts like Get This and Scissors it felt truly special. 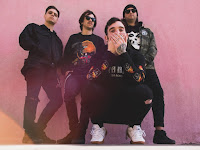 Cane Hill
With delays for fans entering the arena Cane Hill has to kick off Sunday to a small crowd however they gave it their all and a being at the front one could get a better appreciation of guitarists unique playing style and use of effects. As a band they have obvious influences from Korn and Nu-Metal however it made clear that they are bringing their own style and it rocked hard! 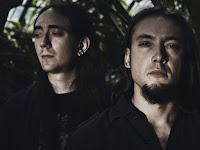 Alcest
Ive been waiting a fair few years for my opportunity to catch Alcest and they did not disappoint! Their serine music translated beautifully to the intimacy of the small stage and their enchanting singing was captivating. The sound was impeccable and these songs came to life on the stage! Wonderful set. 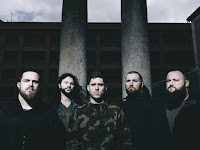 Whitechapel
Ive never gotten that deep into this Deathcore band however of the times I have seen them they have always been killer. Clearly oversold on the smallest stage, a rammed audience squeezed in and despite being at the back, barely able to see the stage the sound was impeccable. Their trio of baritone guitars were crushing and they soared through a brutal set of tracks. Perhaps this is an advantage of listening from next to the sound desk! 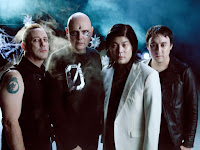 Smashing Pumpkins
They feel somewhat like a recent discovery for me. Its always 90s bands that seem to get to my heart and I would have been thrilled for this show had I not seen them earlier in the year. It seems they are good friends with Amalie Bruun of Myrkur. They brought her out to do a Black Sabbath cover together which has a special atmosphere to it. Their show was reasonable, amazing set design but It feels like they have ambled through the last fifteen years missing out on the opertunity to establish themselves as a headline act. Billy's stage presence is left to be desired between songs but the performances themselves were fantastic. 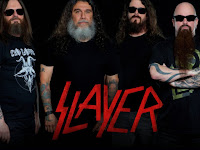 Slayer
Its farewell to the legendary Slayer from this side of the pond. I would of loved to see the whole show but the beginning was absolute fire and ever over thirty years into it they can still pull of their songs with a manic intensity. Tom sounded fierce and the live show is certainly not the reason they are calling it curtains. There was a huge fan turn out for the legends but I had to leave early to get my spot for Tool.

Tool
They have been my band of choice to "get into" this year. Many, many hours churning through their discography, which seemed so difficult to get at first. Having got through every record I made the drive north listening to Tool and really starting to connect with the music in anticipation. Live music always has this magic and I shouldn't of been surprised to have it unleashed again. At first the show felt a little underwhelming, no cameras on the band and nothing but trippy visuals plastered across the big screens. It didn't take long for me to realize how much the band wanted the show to be about the music. Their flawless executions of dense and difficult music became a beacon of light and all of a sudden I felt that "strangeness" around their music disappear. It made complete sense, I was converted to a die hard fan and blasted nothing but Tool on the late drive home too. An utterly amazing show to end the weekend on.
Email ThisBlogThis!Share to TwitterShare to FacebookShare to Pinterest
Labels: Alcest, Batushka, Behemoth, Cane Hill, Die Antwood, Power Trip, Slayer, Slipknot, Smashing Pumpkins, The Hu, Tool, Whitechapel
Newer Post Older Post Home