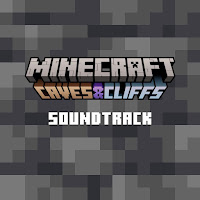 Following in the footsteps of C418's iconic Minecraft Soundtrack could of well been a daunting task. It doesn't seem to be so for Lena Raine, who has assumed the role of lead composer with no hiccups or birthing pains. Her contributions so far have been both apt and inspiring. The folks at Mojang have made the smart decision to stick with the powers of soft ambiguity and melodic resonance that powered the original music. Lena however brings a different flavor that suits the games spirit yet deters from its electronic origins a little. This new collection of songs stands tall alongside the originals, adding a new and welcomed variety to Minecraft's stellar atmosphere.

With four of her contributions, the influence of great ambient composers is a clear one. The luscious reverberations of minimal yet spellbinding pianos has an immediate parallel to Brian Eno & Harold Budd's memorizing The Plateaux Of Mirror. The airy ambience and spacious echos give magic to the enchanting piano performance. With it, however, comes a more adventures spirit! Chirpy key chops and subtle percussive drives on Stand Tall bring a playful charm. Left To Bloom and Wending brood groaning textural tones into the songs, worming from humble beginnings into dense swells of mood. The latter brings in these dreamy slices of bass guitar, crashing down to earth with slabs of notes. Song four, Infinite Amethyst, perhaps comes closest to home.

Left out of the game itself, for now, Ancestry is exciting in its embracing of the darkness. Set for the Deep Dark biome, its pushes into the shadows with deep swells of bass noise and shimmering sounds held only to the light by the echos of a piano that gently pulls the explorer through. Its conclusion is thrilling too as chilling alien voices can be heard, perhaps the voice of the Warden itself? Otherside Is the other track to break the tone. As an in-game record disc, its lively drumming, skipping pace and layered composition somehow holds over a little of that classic ambiguity, as the main upbeat melody and lead instruments feel sent from anothers quirky dream.

Sadly, Kumi Tanioka's three contributions feel underwhelming in comparison. If intentionally sparser songs to pace the games soundtrack, then so be it. To me, they mostly play like stripped down versions of the first four mentioned tracks. The sombre piano performance often wanders into lonely territory devoid of magical reverberations. Its swells of atmospheric pads below don't have the same intensity to blossom the music. They do however sound lush and moving in the peaks which make up a small portion of each song. These compositions just lack that little sparkle of oddity that made C418 and Lena's contributions resonate so wonderfully.

All in all, these songs only add to the game and with this soundtrack released approaching the final part of the update, I am hopeful that maybe each future update will come with some complimenting soundtrack to enrich the experience. The rest of the game has evolved over the years, so why not its music too?