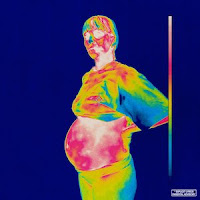 The Southern American, self proclaimed boy band is back! Brockhampton are riding the hype wave after a successful 2017, releasing their trilogy Saturation I, II & III within eight months, to much critical acclaim. I liked their music in patches but this new release Iridescence brings about much needed cohesion as the album experience takes a firmer grasp on its fusion of Pop and Hip Hop. Its typically eccentric and wild but between its quirky off beat attitude, pop melodies on pianos, more singing and catchier choruses anchor down an important sense of direction for the listener.

In some senses its style is all over the place. Obnoxious Hip Hop oriented lyrical themes slam up side against soothing melodies and wooing vocal lines that seem to sway back and forth from one another. That is the charm though and it plays out both thematically and aesthetically too. Crunking dirty beats with gritty samples quickly disintegrate as harmonious sing and chorals take charge, often with luscious strings and pianos behind them too. A few tracks straddle the middle ground like the second half of Weight and Tape as Jazz Hop vibes emerge with soft boom bap grooves.

One strength this record has that didn't feel quite so on previous albums is the amount of voices. With over ten members there is quite the range of tones to be found in the music. It plays to each of their strengths, as you might expect. Those who sing find their moment in the lush instrumentals, the energetic, obnoxious hyped up raping lines over the oddball, boisterous beats. Its the ground between that excels. When transitioning, a lot of creativity and cohesion in the directional shifts comes through from the human voice and the individual quirks they posses in bulk.

Not much of the lyrical content peaked my interest. Words sometimes do that with me, I think the instrumentals overpower my focus as their is quite the stretch of style and attitude at play here and its in a constant state of flux, routinely moving back and forth yet feeling natural and fluid. Its a very creative project that I have much appraisal for but on a personal level it doesn't connect as strongly as I know it will for others. I think this group have much potential and on Iridescence its certainly coming to life.