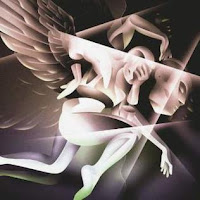 Long since their glory days of Siamese Dream and Mellon Collie, my excitement for a new Pumpkins project has been mixed with worry. The possibility of a resemblance to Billy's solo album Ogilala and an over bloated, insignificant album title overshadows the return of James Iha. I doubt he has little to do with the writing of the music but he performs on the wax and I was hopeful his presence would have an influence. The record makes its distinction as a band far from there hay day while rather fondly resurrecting the semantics of their glory years. Its opening two tracks sound like a time warp to the nineties as Corgan unites his emotional, melodic Alt Rock guitar flexing with his niche style of sung hook to captivate in the choruses.

Like a looking glass peering into the past, the rosy tint of nostalgia lays out a path that each song walks with familiarity to their back catalog. I don't think a single track felt new or unique but rather clever re-hashes of old ideas and occasionally slipping off the edge of tolerance with cries of "she stabs the anti clock" and Travels "its where I belong" sounding somewhat hollow. It is otherwise a cracking record with beautiful, glossy and scenic music composed of humble instruments playing to one anothers strengths. The voice of Corgan sits snugly in the middle singing his heart led lullabies and its forms with keen melody and a bit of guitar grit driving songs forward in various phases.

For all it does well something doesn't stick with this record. Its got a gorgeous production, everything sounding alive and of its moment, the string sections and keys add a serine warmth when they rise but despite all this Its strongest moments feel shades from former classics and its more "original" songs sound flat in comparison. Its been a tough one to put into words and Ive found what songs ill be returning to here again so I'll leave it alone on that ambiguous note.