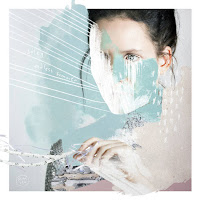 Endless Summer somehow doesn't seem a fitting title, perhaps the musics charm simply engulfs the current environment. With cold, pristine, shimmering pianos, a spell of calming serenity is ushered in. All too perfect for this winter and Christmas season. Its been my recent walking music of late, making it hard to not associate it with the cold weather and anticipation of spending time with family. Most the songs blossom with strings, percussion and deeper piano notes bubbling up in the later parts of these songs. It light a warmth under its brittle high keys where the tracks start from. In these denser moments one can feel the smile of the sun, a carefree spirit of summer. For me though, its been cast as a snowy record fit for early sunsets and chilly breezes.

Icelandic musician and charming singer Soley has somehow escaped my grasp. Stunned by her debut We Sink, I've managed to folly the simple task of following her output over the years. That will have to be corrected. I remember her music having a twisted shadowy edge in moments, its not present on this outing. She forges a genuine warmth, the chemistry between these graceful serine pianos and her soft, vulnerable voice is endlessly uplifting from a place just shy of melancholy and sadness. It is most often felt in the elegant piano performances, which tend to start a song drifting, bare and lonely. Soley rescues them with human expression as her voice and accompanying instruments lift them to a safe, warm and carefree place.

The playing is wonderfully dynamic. Chords and melodies weave with quite and loud dynamics, inviting measures of reverberation and a timely sense for where the music will suddenly grow with an ushering in of synths or percussion. Not hinging on any given pace or structure, the pianos lead, playing of itself, music that blossoms of its own accord. Although there may be patterns and structures, rarely does it feel obvious or like repetition is running its rotations. All of its eight songs tend to sweep you up into its own moment and hold you there. A truly captivating listen, always as a whole.

If I turn my mind to criticism, I can only turn it to myself. Her wondrous voice holds a curious space, feeling adjacent to both happiness and sorrow, childlike innocence and reflective maturity. I should of perhaps taken time to read the lyrics as her singing is not of the discernible sorts I am usually exposed too. Somehow I always listen to the emotion of a voice, not the actual words. Here there is emotions in droves. Having been spellbound for a while now, binging this record on every walk, I am now left with that familiar sentiment of wondering how this will hold up in time to come. I'm pretty certain this ones a keeper. Great record, will have to dig up another one!