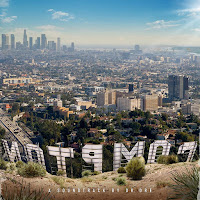 Its been a long time since we last had a Dre album and over those sixteen years there's been the constant tease of Detox lingering in the mind and "Compton" AKA "Compton: A Soundtrack By Dr. Dre" arrives as a pleasant surprise that's not to be confused with Detox which has officially been scrapped and may never see the light of day considering Dre has stated this will be his final album. Inspired by the upcoming N.W.A. biopic, Dre had been reminded of his youth and jumped into the studio to record this record in a relatively short window of time. My initial impression was positive, its sounds like he never left the studio. This is of course true as Dre has been busy over the years nurturing the talents of others.

The gap in time will give fans an obvious point of contention surrounding the "modern production" but as familiarity sets in a lot of Dre's song production come past the aesthetics with many of the tracks not feeling not to dissimilar to Hip Hop from the late 90s and early 00s. Its the array of guests who give the record a modern flavor with new vocal styles from Kendricks unique tone, to the sing rap antics of King Mez and a severing of auto-tune that even Dre gets in on during his raps. There's also a fair few drawn out sub kicks, trap hi hats and shuffling snare rolls but behind the shiny aesthetics the group at work on this record put together a collection of solid tracks.

Obviously the overall theme is about the city and the inspiration the artists have for it. In between Dre throws in a couple of numbers about the pressures on him in his business adventures and a solo track "Talking To My Diary". When using auto tune he is somewhat unrecognizable, but otherwise sounding solid, not to dissimilar to "2001", his tone aged slightly but still showing the finesse to deliver tight raps, however lyrically their aren't as many hard hitting lines and verses, but its still decent. His array of guests sparkle and light up the record, surprisingly so Snoop Doggy Dogg pulling out some of his best lines in years, sounding mean and angry with some real attitude in his delivery. Xzibit and Ice Cube where two names on the bill I was excited for but didn't feel either of them had the impact their raps once did. Eminem also delivers a fast hitting rap delivered with that relentless monotone force that can be a little unbearable at times. Kendrick and King Mez really lit the songs up with their frequent presence inflicting melodic hooks which gave a lot of flavor to the record.

According to the details Dre didn't directly produce every track on the record. To what extent this impacts the music may not be known, but the variety from track to track keeps this record fresh and vibrant. "Animals" by DJ Premier has his classic vibe and fits well in the record despite throwing it back to that early 90s feel. There's a couple of rigid transitions like a sudden mood and tempo shift on "Loose Cannons" and "Darkside Gone" executing a similar idea with a lot more style thanks to a sample of Easy-E. There's no skit tracks but some great audio scenes created around "Deep Water" which really add a layer of graphic to the song. There's a lot of quality on display, a large selection of tracks to digest and right now I can't get enough of this record which sounds fantastic now and I hope the excitement this one offers wont fade with time. His last two certainly haven't.